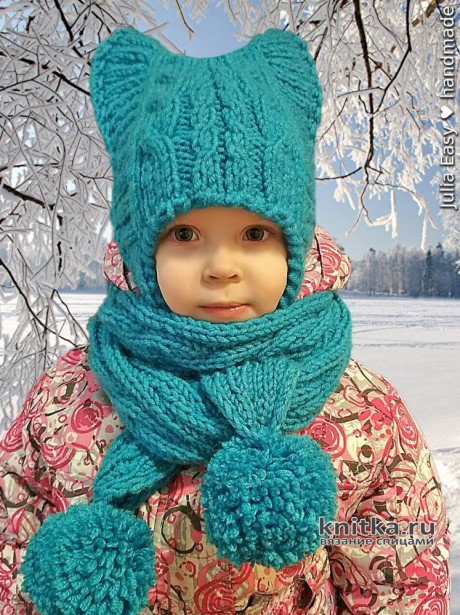 Knitting set of "ANNIE" sent to our contest "Cap kits".
Seamless hat with ears + scarf with double-sided scythes (both sides of the scarf face). 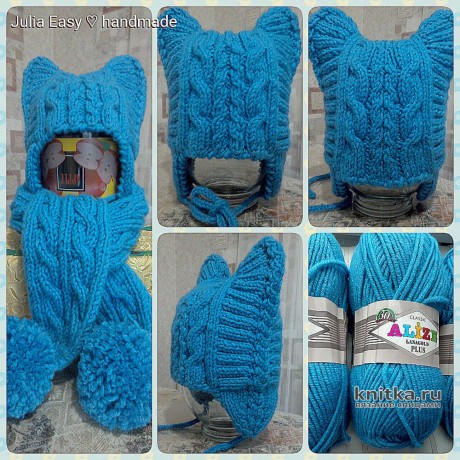 For sister she asked me to put something like koto-caps. Knitting, like most, wish there was, it would at least a bit of personality. And the idea that it will need to make (and, equally prisonera loop with two sides), I did not relish. Thus was born the idea seamless. capless design.
Knitting for growth (suitable for head circumference 46 - 50 cm).

How to knit pictures from KOs

1) At the beginning, like a typical cat-hats fit in the Central part. 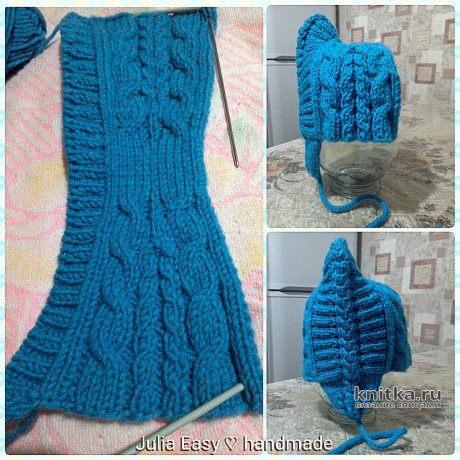 2) and here begins the difference from the standard schema.

3) Continue to knit only at the Central loops of the braid. In the front ranks of the two loops after braids knit together the front/back (your choice). In the back two rows of the loop after the braids together, respectively, the reverse/obverse. Here is the same principle as when knitting the heel in a sock. So knit until until the spoke will remain only loop braids + 1 loop before and after it.

4) Go to vyvazhivanii eye-ties. Both sides of the side braids are added along the edge of the cap loop to the width of the planned ear (I have 6 loops on each side). Are finished ~ 1 cm in the following way: at the center continue to knit braid on each side of the front surface. Further, in each of the front row do a single decrease before and after braids. Then diminish most loop braids. The remaining 2 loops knit cord (spokes) to the desired length of the ties.
Repeat steps 2 through 4 for the second side of the cap.
The finished hat is banded on the edge of a hook (used "crayfish step").

SCARF
~ 12 cm x 120 cm (without POM-POM).
Fulfillment of bilateral oblique - i.e. there is no reverse side, both sides looks exactly the same. 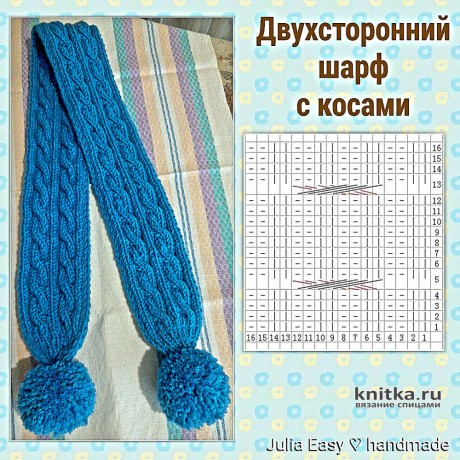 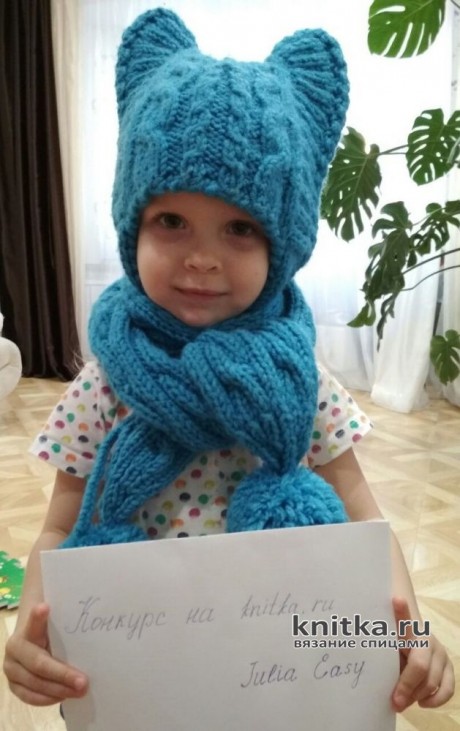 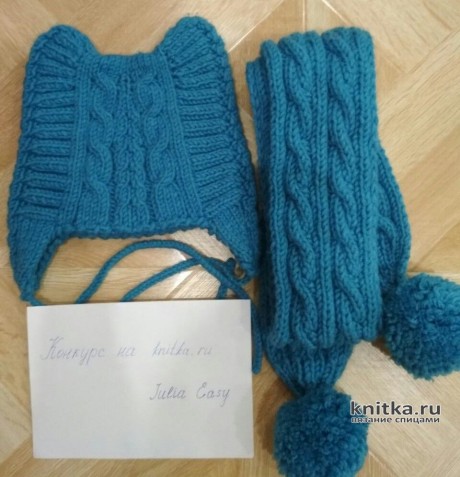