Knitted hats for my daughters. The Work Of Ivanova Ludmila 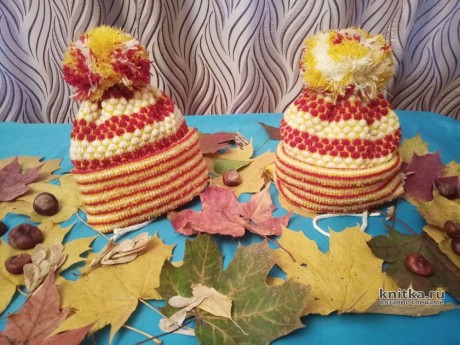 Work submitted to our competition Hats and sets.

Used threads of red and white. They took the basic. Secondary thread, alas, I do not remember. Didn't keep the label. But this is a very fine boucle, I was knitting in two strands.
Took exactly one ball, given the large pompons of different colors (i.e., a skein of white, a skein of red and yellow).
Beanie knit two, with the only difference is in the alternating stripes. Therefore, the description of one.

Knitting is started from the top down. This scored 172 loop in a contrasting color (then it was removed). Then she continued to knit the basic pattern.

For the main color took of the thread red and white. Yellow additional.
All the product runs the front surface. 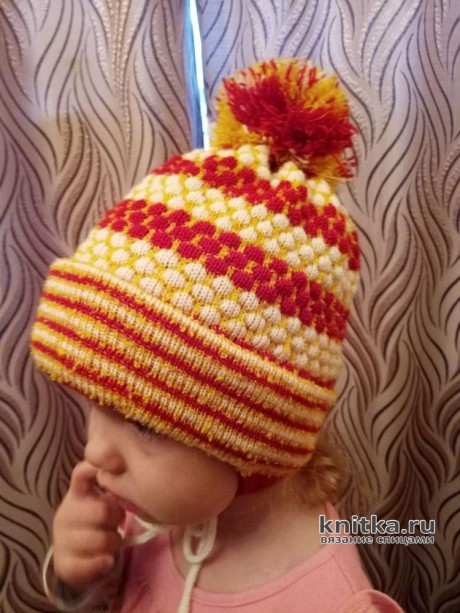 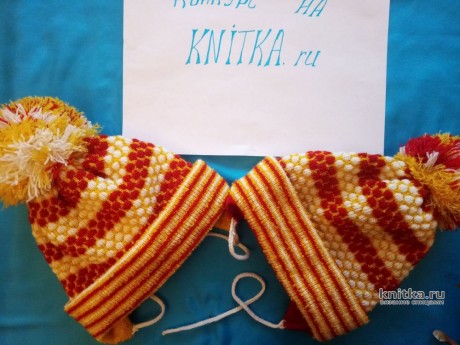 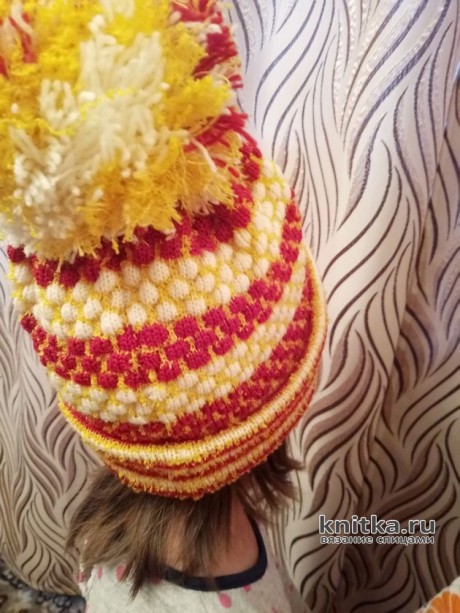 Next, the main thread was changed to red and knit 3 pattern. (Get a red stripe).
All of these bands turned 7. 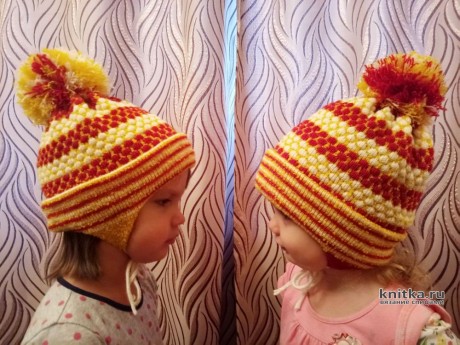 Then I knitted the ears

For this thought, and turned the loop region 22, the lugs 23 of the hinges 72 hinges the middle hinge lugs 23, 22 of the loop region.
Knit persons. stitch with white thread 22 of the loops 23 of the loop ears, turned knitting, knit loop 21 and 2 together ... turned in the opposite direction also and the last 2 together so diminish till 3 stitches, knit 2 times and they began to make allowances, and added from obivochnogo series (needle turned in a loop, cling the thread and work loop broach. To make it tighter). To recruit while gaining 23 of a loop.

Further, a single color white the inner side, the front surface. (Even diminished by 1 loop with two sides for evenness of finished product). So knit 15 inches, and began to make faces. obuvki in each row.
To do 2 loops together, 10 persons, 2 n. together individuals. 10 Until the end of the row. 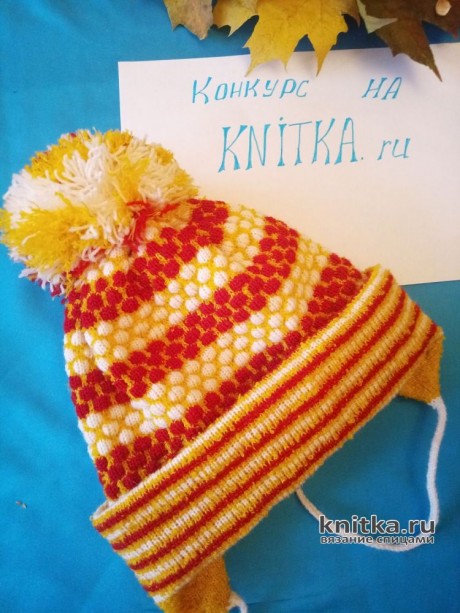 Diminish until the needle is left 2 n. together persons. 3, took a needle and thread and loops from the needles strung on a thread (twice). pulled together, tied the knot.
Recruited back to the edge, untied the knot typed edges, and gradually pulling the thread also moved to the thread with the needle. Cinched and tied.
Sewed the hood on the front side of the knitted stitch. Sprained ACC. Made a colored bumbo and sewed.

Drawstring knit with 4 loops with a length of 23 cm was Sewn. 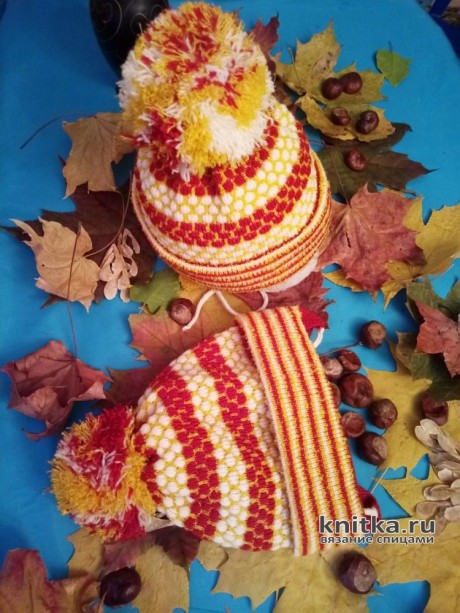 The second hat is knit similarly, but the color of the strip changed to avoid confusion.

Beanie knitted from mid-summer until late September. For a long time, due to a very thin thread. But it was very bright, elegant, warm, and soft. And time is not a pity!

And on the second cap blew down the crown after the stitched region. 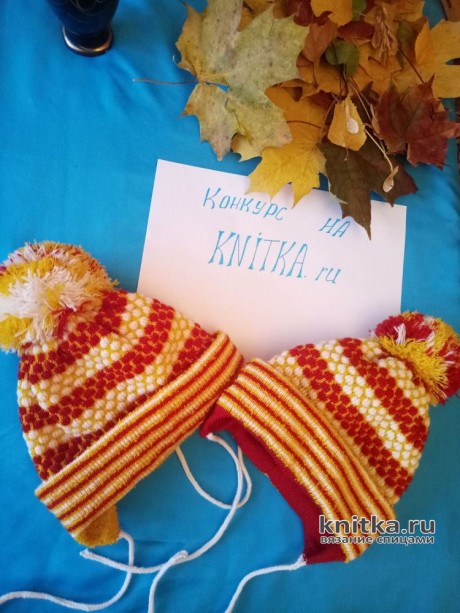