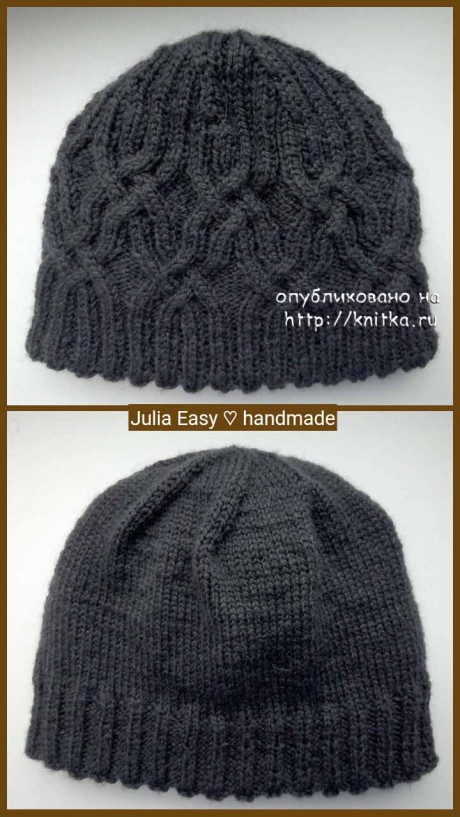 The basis for the cap was known to many needle cap Men's Ski Hat designer: Irina Dmitrieva. I made some changes - added a knitted lining and tailored to the right size to me, increasing the height of the gum and slightly changing the shape of the top (more on this later).
Used Will NATASHA yarn (250 m / 100 g; 50% wool, 50% acrylic) - 1 skein circular knitting needles 80 cm N 3 (for gum and padding) and N is 3.5 (for the main pattern of the front side). Maybe someone will need 2 sets of hosiery needles, the same size (for knitting the crown of the head), then whatever you like.

Hat knitting husband. But Primera on himself, came to the conclusion that this model can be knit without being attached to the floor, it is versatile. Possible even a children's option. 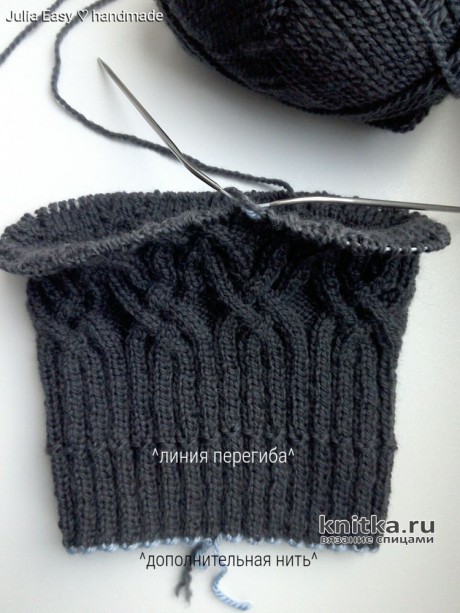 To fit the cap to the desired size, depending on the weight of chosen yarn and the corresponding needles can vary:

1) girth hats - increasing or decreasing the number dialed hinges on rapport N (number of loops within the repeat is 16). Of course, here too there are reasonable limits (I wouldn't do less than 6 and more than 10 rapport, but it is only my subjective opinion, I could be wrong). 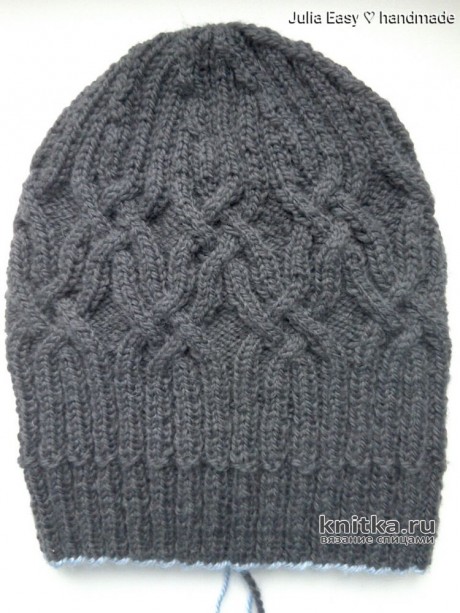 To cap was not a single layer, as in the author model Men's Ski Hat, and a double I did (process photos attached):

1) on smaller needles (No. 3) scored the desired number of loops (I was listed in the description size 56-60, and the thread thickness is actually matched, so I entered the recommended 128-loops, i.e. 8 rapport to 16 loops or 8 wedges). For a set of used a contrasting thread that would later be disbanded to get the open loop for knitting padding. You can use any method kit with extra thread, which we own. If no skills, use the normal method, then knitting padding You just need to dial the loops of the braids stacked region.

TIP: for convenience, note marker or colored thread the beginning of the number.

3) a series of inflection - all loops in the row of purl.

4) continued rubber band 2x2 to the same height and in the same sequence and the number of inflection.

5) change needles to a larger size (N 3,5) and knit to first double-pattern-1, then scheme-2, as described above. 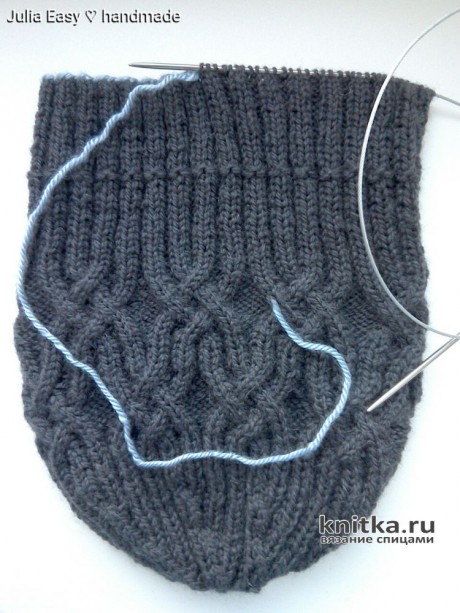 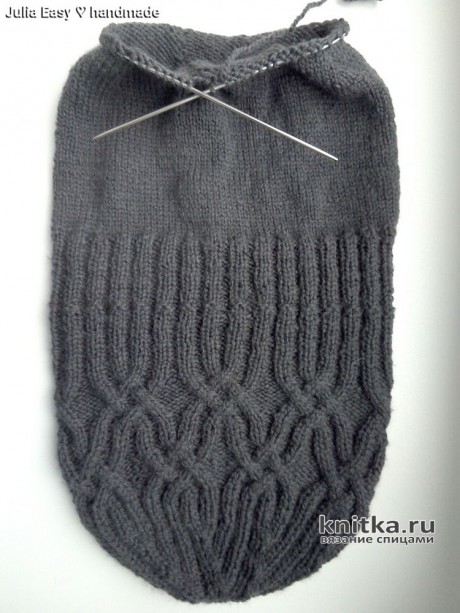 Now turn the lining (linked facial surface, i.e. all circular the ranks of all the loops of the front).

7) dissolve the secondary thread, along the way picking up open loop on the smaller needle (N 3). Ensure that the number of loops was the same as the first time (in my case 128).

8) so that the lining was not very wide, in the first circular row of uniformly subtract one loop in each wedge every 15th and 16th loop along the front (I now have 8 wedges for 15 loops for a total of 120 loops on the needles). Then you need to try and see what is best in each case. For example, I tried to use knitting needles a smaller size (N of 2.75) and do not ubavo but it turned out so tight, and I didn't want the hat sitting firmly on the head.

Came from the fact that the crown (also called the bottom) had planned to knit scheme 2, starting from the 2nd row, because I have 15 loops in the wedge, not 16. Total: 20 rows in height. I counted how many I can do in centimeters. From the height of the cap (breaklines) deduct the amount of the height of the gum and the height of the top of the head, thus identified, to what height I need to dobesilate in the middle.

10) scheme-2 starting from the 2nd row, but in the mirror (from 16-th loop to 2nd, then to 3rd, 4th, etc) knit top, observing specified in the scheme a sequence of offices. I.e. the subtraction I did on the last 2 loops of each wedge, promazyvaya them together face tilted to the right (I was just so comfortable with circular knitting knit into the 2 loops together). You can knit it the way You want.

Cap ready. Fold on the fold, lining inside. It is desirable to make the WTO. 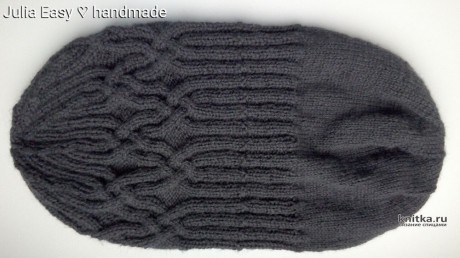 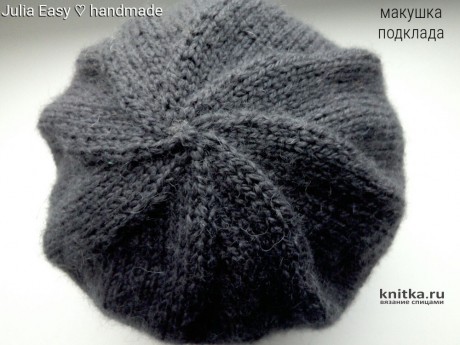 IMPORTANT: please note the legend to the diagrams. They are fixed. I was browsing the Internet peresmotrel a decent number of references describing this model hats. Everywhere, apparently due to careless copying from a printed source, lists the conventions from another model, which some baffling. To deal with the scheme of the pattern I had at the same time to keep before us the scheme and photo of the cap, plus to test it in a practical way.

I liked the pattern. In principle, it is not difficult to start, and then everything becomes clear. Based on it I plan to do some more experiments.