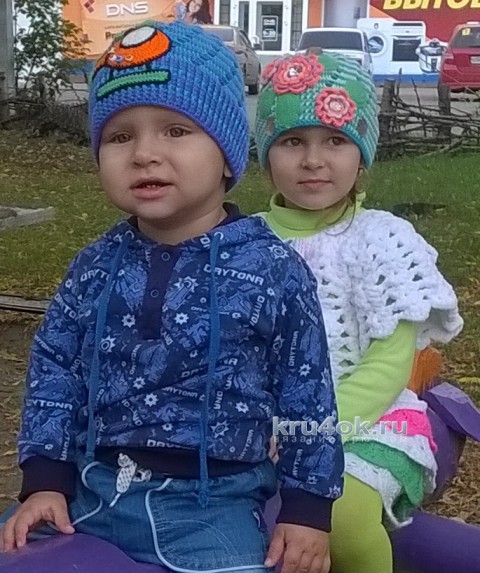 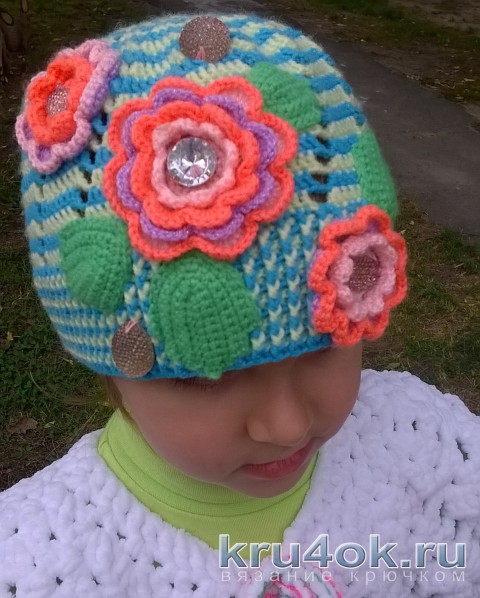 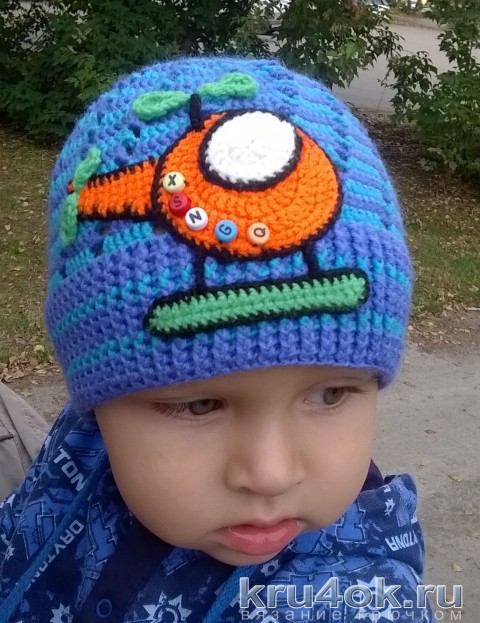 Both hats are crocheted using the same pattern of alternating colors in each row. Under the scheme, starting from the seventh row cap fit without additions 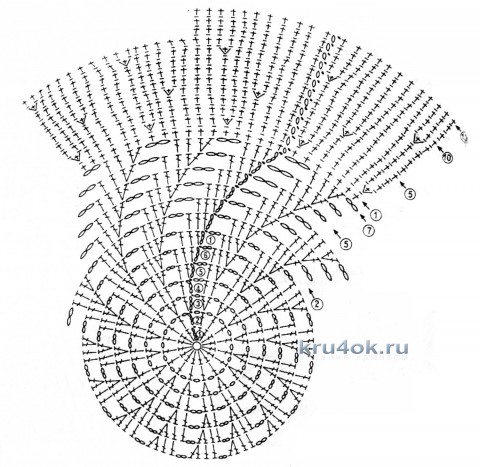 but for my kids it was not enough, so knitting with additions as in the previous rows to the desired diameter. In the ears for greater warmth and better fit hats start knitting elastic band according to the scheme: 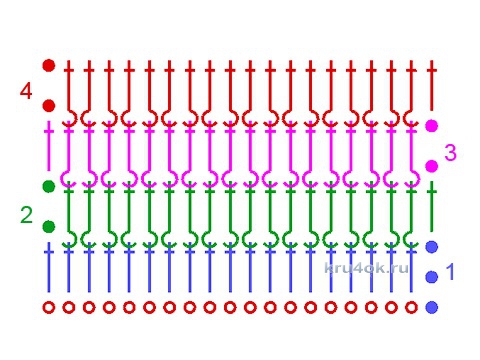 A hat for my daughter decorated surround of flowers and leaves and sew-on rhinestones. 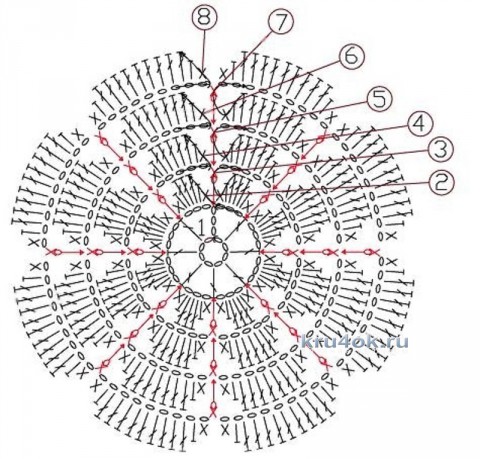 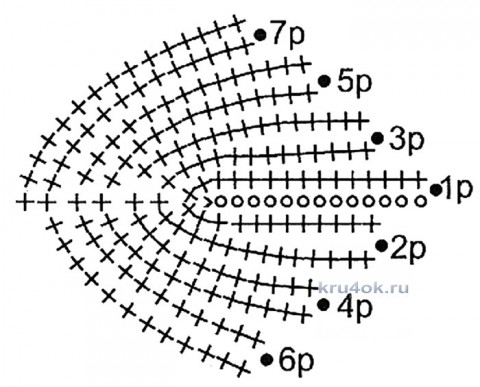