Skirt and headband. The Work Of Elena Orozco 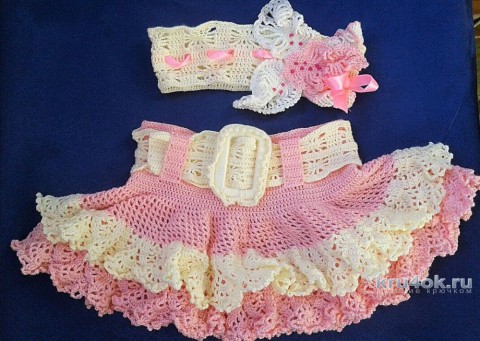 Set skirt and headband "Soft Orchid". Set on the girl of 1.5 years old. fantasize and embody all in a reality, combining different patterns. Only flower Orchid I did not make a round petal.

The pattern of the skirt: 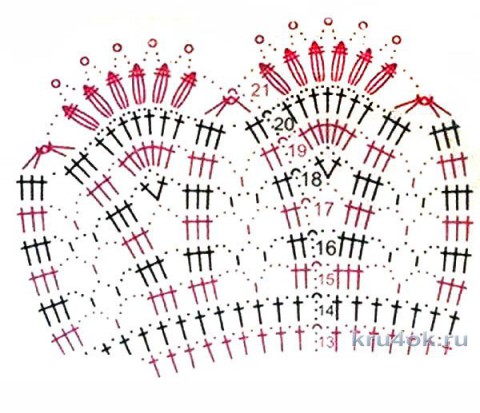 The belt and headband are connected according to this scheme:

How to crochet Orchid flower

Crochet orchids we will need:

First dial the white thread chain of 30 of the stitches, and then knit 3 of the petal size is about 6 cm according to the scheme A.

Tying in the last row of petal blue thread columns without nakida.

For this thread white recruited 20 of the stitches and knit direct and inverse series.

Scheme fit the tongue of the Orchid flower.

Tying in the last row of petal blue thread columns without nakida.

The middle of Orchid you can make a bead yellow or tie of the same color of thread. All the details of the orchids are ready. It remains only to collect the flower. For this you need to pass in the center of the petals is thin, but soft and well-shaped wire, and then to give the petals the desired bend. To connect the petals in the flower is the Orchid, and the excess wire cut off.